Well, I kind of kept up the good work. I trained four times this week, which has been unheard of recently. And I did three days with no alcohol whatsoever and two with only a glass or two of wine. And when I did drink, I didn’t drink beer (liquid bread as someone called it recently). However, on Wednesday I had a work party where there was loads of free wine. One of those events where someone is always filling up your glass so you’re never quite sure how much you’ve had to drink. I pretty much had the recommended units of alcohol in one evening. Oops.

I blogged about this at the time. I did Ares in the park with an inquisitive child looking on. Did it in 10:23 and replaced actual pullups with jumping pullups.

Most of that was absolutely fine.  But the HS Pushup? There was just absolutely no way that I could do that. I got up against the wall okay, but actually being able to lift my head off the floor was impossible. My arms just aren’t strong enough. Definitely one to work on.

I took my time on the pullups and made sure I did them properly.

Amazona is one of the new workouts. I quite enjoyed it. Definitely works out your legs (it’s all lunges and squat jumps and plank leg lifts). It was over quite quickly (05:32) and I definitely felt like I’d had to work hard enough

Half way through this I had a short break and came out of the app momentarily to look at Twitter (!). My phone took this moment to update the Freeletics app, so I lost the workout and had to start again. So I had a 7minute break in the middle of 2x Hebe. To be honest this was very welcome. It’s a tough workout I think, even though Freeletics marks it as easy and quick. This worked out my legs more than Amazona. Squat jumps, Squats, Sprawls and pushups. I was very sweaty at the end.

Next week brings my first Adonis and my first Kerberos. Bring it on.

First go at the HS Pushup 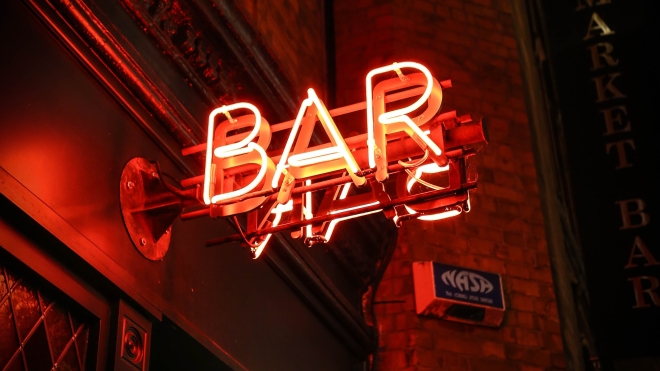 Yesterday I watched a documentary on BBC iPlayer that Adrian Chiles made about his drinking. More specifically about how if you’re a regular social drinker, it’s not really seen to be a problem. You know, a few pints here, a couple of glasses of wine with dinner, big nights out at the weekend.

I’ve massively cut back on my drinking over the past few years. I’m much more moderate and don’t often drink to get drunk, which I used to do when I was in my twenties. But I definitely identified with Chiles, particularly around how drinking is such a social lubricant (“alcohol is the only drug you apologise for not taking”).

It made me download the Drink Aware app, and to start logging my drinking, in a bid to cut down. I have to say I think the 14 units recommendation is a little draconian. That really isn’t very much alcohol in a week. But I’m going to see what it’s like to try and stick to it. Because I know I don’t want to give up drinking. I enjoy it. I like wine. I enjoy trying unusual cocktails or tasting whisky. And I’m able to stop. So perhaps massively reducing the amount I drink will help me enjoy it more.

I had to work last night (a Saturday), so I after watching the documentary I was thinking that I wouldn’t drink after I finished work. But true to form I caved immediately. And ended up going out until about 2am. Strong work. Although I didn’t drink a huge amount and I stayed clear of beer.

But this morning I wasn’t about to let myself off the hook, so I went to the park and trained. It was the final workout of my Coach week – Ares. A quick workout so it wasn’t too painful. I replaced the pull-ups with jumping pull-ups though. Not quite there yet.

There was a little kid with his grandma in the park. About five years old. He came over and wanted to chat. Asking me what I was doing. Peering at my screen as Coach counted down from 5. Was a bit distracting, but kind of cute. He asked if he could join in!

Later today, after training, I cycled to the swimming pool and managed 42 lengths (I do two more every time I go). I hadn’t really eaten much so was pretty tired by the end. Rewarded myself with a massive bowl of salads and quiche from my favourite cafe near the pool.

It’s also nice to have my bike back. It’s been broken for a while, so I’ve been getting the bus and walking everywhere. Today I cycled for over half an hour just getting from A to B.

So actually I’m pretty pleased with my slightly hungover Sunday. Lots of physical stuff. And I went to someone’s birthday drinks just now and didn’t drink, and it was FINE. Didn’t even feel like I needed to.

Always feels nice when you have a good start to the new week/month. Hoping I can keep up the good work.

Getting real about drinking

After really pushing myself on Week 2: Day 1’s workout, and then doing a gym session the day after, I had a couple of days off.

On the second day off my abs really hurt. Like, dead painful. And it took a while for that to stop.

I also had to get on a plane to Brazil (from the UK), and ended up drinking quite a lot of the free wine and eating all the food, so this morning, after receiving a 7am wake up call I hadn’t requested, I headed to the hotel gym in São Paulo (thankfully air conditioned) and did Day 2’s work out.

I was alone, so was able to not feel self conscious about my huffing and puffing. And could also do it in front of a mirror so I could check my technique.

Push ups were hell. I have quite skinny arms so have always struggled with them. But I did it!

After doing 150 of the fuckers on Saturday, 20 sit-ups was a breeze, and I also found the squats fairly straight forward.

It’s the same again tomorrow, and then there’s a horror show coming for the final day of this week…

I’m already noticing a difference in my body shape. However subtle. And I also feel more energised and don’t want to eat and drink as much crap as I used to.

Cutting down on the booze is hard though, and I know that’s where the belly comes from…